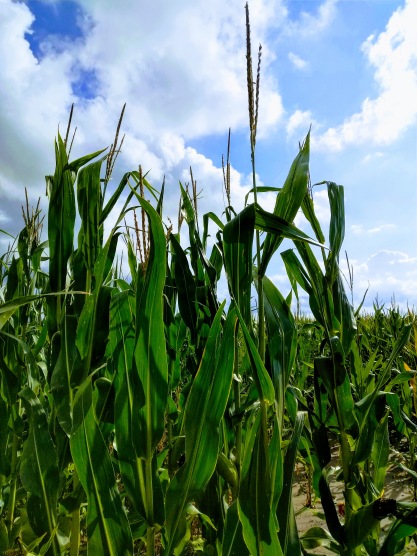 My poem “We Have Seen the Corn” is now live in Issue #27 of Riggwelter Press! I’m grateful to editor Jonathan Kinsman for selecting this piece, and honored to have my work bringing up the rear of this terrific collection of short prose and poetry.

(Switch into full-screen when you open the issuu file, and everything will come into beautiful focus!) 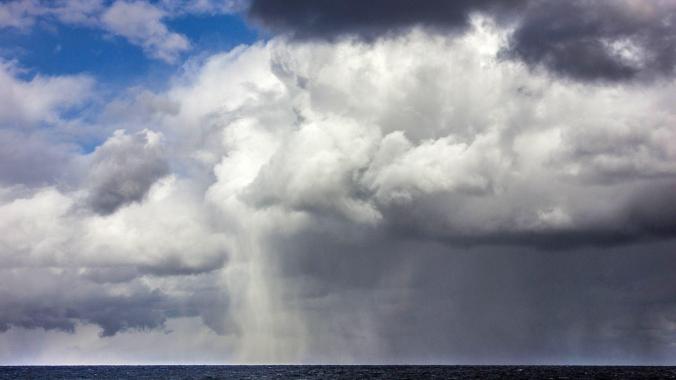 My sonnet, “Because I Said So,” is live at The Literary Nest.

Thank you Pratibha Kelapure for selecting this piece. “Because I Said So” was first drafted during the May 2017 Tupelo Press 30/30 project. I’m grateful to Clyde Long for sponsoring and providing the title for this poem, as it was a joy to compose! 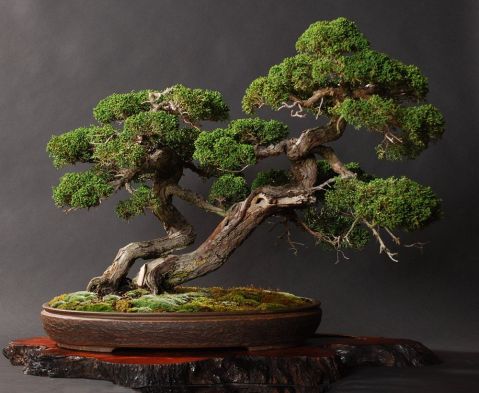 Letter to Bowers from the Pandemic’s Underbelly

Dear Audrey: Four days ago, when I first attempted to write
to you, I got as far as penciling the date at the top of a blank
page before returning to the fevered oblivion of uncertain
breath. I’ve since been fortunate enough to have avoided
the chaos of a hospital emergency room—having providentially
back-doored my way into an out-of-network respiratory clinic,
where chest x-rays yielded a pneumonia diagnosis & an ensuing
test for the dreaded novel coronavirus came back positive—but not
the nightly bane of alternating chills & sweats & not knowing
what further cause for alarm the next hour would bring, including
but not limited to the question of whether my son, standing outside
at ten o’clock at night in a severe thunderstorm with wind gusts of
fifty-miles-per-hour, would have enough sense to come indoors
before the quarter-sized hail began pelting him… I’ve managed to stay
vertical for a full fifteen minutes while eking out these lines, & now,
as I begin to fade, I’m feeling a strange combination of triumph
& lament: while I’m optimistic about my recovery finally heading
in the desired direction & more than relieved not to be adding
at least one particular undesirable statistic to my repertoire, I also
never imagined I’d live to see the day I’d discover that my beloved
Poetry is not so much an actual element of my own blood, as it is
an exotic other, a separate life form, however precious, I’ve only
known the luxury of cultivating like a juniper bonsai in a relatively
oxygen-rich environment. Poetry, it turns out, is not some elixir
for a richer life to be procured & casually sipped; rather like a sapling,
in all its tender precariousness, it requires our fortitude & right orientation
toward the entire living, breathing world (breathing, to my mind, being
the operative word) in order to survive—an inclination which, for my
foreseeable future, will be predominantly horizontal in nature…
In the meantime, I shall count on the selfsame atmosphere that feeds
the breath of Poetry to keep you healthy & safe, as I remain
your reclined & convalescent friend, Stephanie.

For some reason, I’ve been extra preoccupied with ruminations on the meaning of life and mortality lately…

Oh, and please help me wish my son a happy 22nd birthday today! 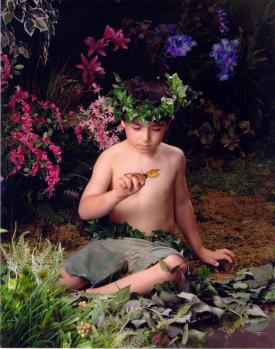 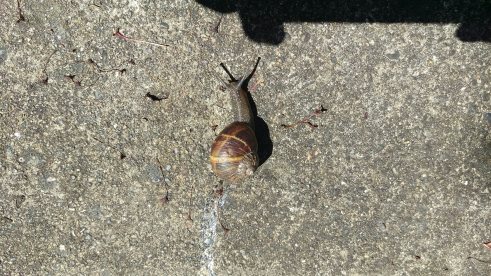 How to Be a Malacologist

Remember when
your child’s heart led your head
like a garden snail’s head leads its footed belly.

Think back to when you were seven
& your adopted pet/school project, Kiddo,
gnawed away at a slice of banana on a glass slide
as you watched, thunderstruck, from beneath him
(find out on Wikipedia that he was using his radula
a structure akin to a tongue used by mollusks to feed).

Recall how proud you were of Kiddo when he not only lost
the school snail race, but redefined it, by turning around
at the half-way point, staying in his own lane, & crossing
the start-line before any of the other snails reached the finish.

Wonder why your teacher didn’t mention anything about Kiddo
& his compatriots being hermaphrodites, or how (if they chose)
they could all be both father & mother to their tiny-shelled progeny,
& realize how simple it would have been for her to call a snail’s powerful,
innate mechanism of retracting its tentacles into its head for protection
by its technical name: invagination.

Then, understand, finally, that if you’d been born with the ability
to operate yourself like a puppet, & pull yourself outside-in
by drawing your head down into your belly & out
through your foot, to invert your once-vibrant
body into an empty sock, how many times
you would have done exactly that.

“How to Be a Malacologist” first appeared in Panoply in January 2018—thank you to editors Jeff, Andrea, and Ryn for selecting this piece!—and is the opening poem of my first chapbook, This Being Done. 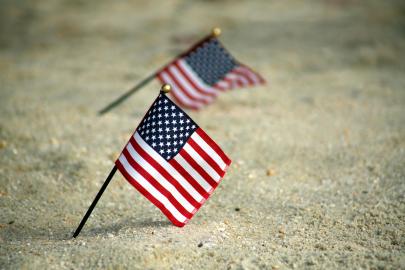 What a Patriot Dreams

I saw the flags come down—
their masts falling like the trees
flattened by shockwaves
in those clips of old footage
from military nuclear bomb tests,
spliced into high school history documentaries.

Caught in a wash of floodlights
on the indigo summer dusk,
the red-white-blue swaths crushed
in on themselves like torn parachutes
& vanished at once—deposed

by morning’s first, grainy insinuations
that breached the blinds’ periphery
& accreted into a silent force
creeping along my bedroom walls,
as if to thwart illumination:

In this country of my own
birth & citizenship, I’ve, in turn,
given birth to two, precious children—

“What a Patriot Dreams” emerged from a dream I had just after the “orange pustule” (to borrow the apt terminology coined by Rebecca Raphael) pulled the U.S. from the Paris Climate Accord. What unholy hell have we descended into since then?

Thank you to editor C. M. Tollefson of Cathexis Northwest Press for publishing this piece. 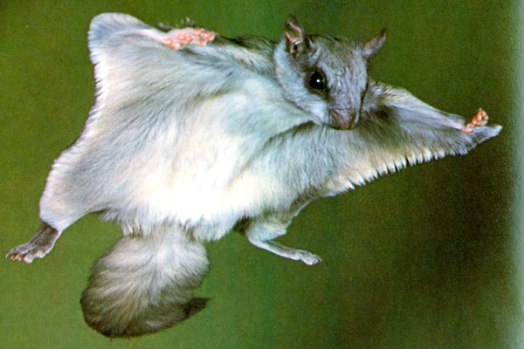 What is the terminal velocity of a squirrel?
my son once asked

(only the gods know what
precipitated his inquiry),

no doubt hoping
for a literal response;

but I couldn’t help
wondering

whether the fall that fails
to attenuate its consequent

While certain Rodentia have
inherited the uncanny

to our own, inborn
predilection for doom.

What profit is to be
won of our climbing—

of so much inching along
the highest branches until

they can no longer bear
our weight—

much less of our retreats,
our blunderings, our plummets?

Does the sole stepping
forth create the target,

or obliterate its imprinted
eons from the forest loam?

Terminal is an attitude,
I wish I’d known enough to tell him,

“Terminal” was published by editor extraordinaire Barton Smock in Isacoustic* in October 2019. The Hobgoblin’s Guide to Indemnity

__________Today, I make-believe
those weeds into having been proxies
for the bigots that were rooted
in our Northern Californian cul-de-sacs
like neoplastic glands
we somehow thought better to ignore;

though they crept about in the cover of night
defacing properties with gasoline crosses,
as if to exorcise some incognito beast that might be
masquerading as an innocent third-grader—
a ritual they performed on my neighbors’ front lawn
one night in 1979;

though the adults filed a police report,
declining in hushed tones to speculate
as to the perpetrators’ identities,
& hatched designs for disguising the scars
with green food coloring;

because, before I was through elementary school,
I’d already made an art-form of refusing
to be fazed by most breaches of decency:

__________Forged in the foundry of public ridicule
(where, once upon a time, a girl paid for her crime
of playing Little League Baseball), fueled by
the combustibles my schoolmates & their parents
knocking back hi-balls in the bleachers would purvey,
ranging from conjectures as to the nature of the equipage
my corduroys concealed, to indictments of my
supposed nine year-old prick-teasing wiles—

my cast-iron answer to the question of insult
was no different
(of this I was convinced)
from my response to the astonishment
my friend’s fastballs seared into my glove-hand,

that no matter how much it stung, I could take it…

__________The time my friend’s mom spent nine hours
taming my tawny wisps into cornrows, I took
her twist-tugging resolve for a tenderness I craved;

& when I sported my sunburned nakedness
adorned in shiny beads at the ballfield,
I took the prepubescent boys’ inspired torments
deep into the heat of my belly, billowed white
like cumulonimbus gorging on the afternoon sun,
& engulfed the horizon.

__________Only now as I watch my country
bending before a fascist onslaught
like a Floridian palm in a hurricane,
does it strike me to wonder about the light
my best childhood friend must cast
on his memories of me—

if he recounts in his version of our ever after
how we’d laugh-sputter milk from our noses
at an ad hoc Looney Toons riff; or how
I’d cap-off my Foghorn Leghorn renditions
with their signature disclaimer:
That was a joke, Son, I say, a joke!

of that fairy-tale world
where, once upon a time,

that giant, white cock on T.V.
was a cartoon chicken who lived in a barnyard,
far, far away.

“The Hobgoblin’s Guide to Indemnity” appears in my chapbook, The Death’s-Head’s Testament. 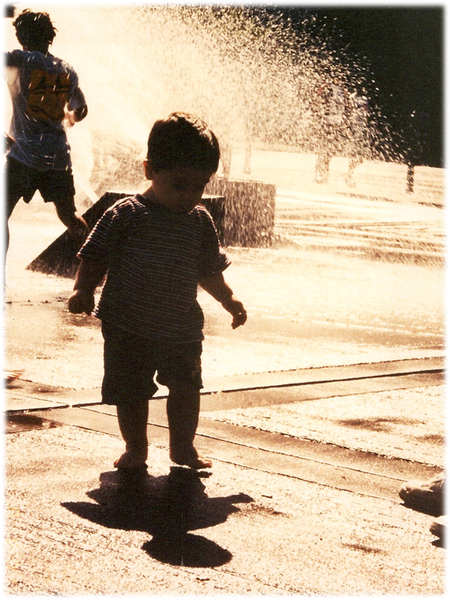 Happy Mother’s Day! Today, I share this poem encapsulating a life-defining moment for me as a mother, in celebration of motherhood in all its beautiful wisdom, generosity, and complexity in our world.

“Matthew in the Fountain” appears in my debut chapbook collection, This Being Done, and was published in the 2019 Transcendent Zero Press anthology, EPIPHANIES AND LATE REALIZATIONS OF LOVE. Thank you, Dustin Pickering, for selecting this piece. 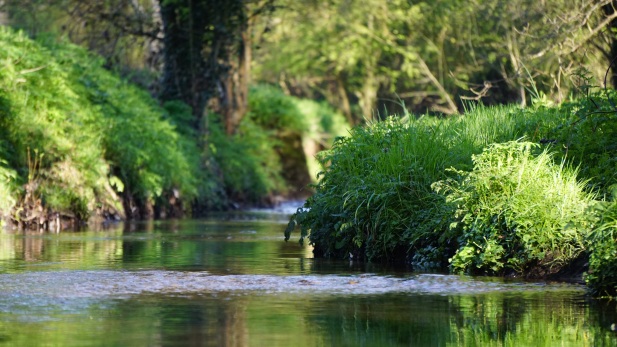 Within these riparian depths, you press
through the ditch weed & grasses that shadow
the river in greens, trying to listen
for rustles of life where dead branches lie
gathered in bands along the banks like smoke
from summer’s fire that stripped the hills to stone.

This windless spring day voices strange like stone
breathes; its bufflehead-queer, top-heavy press
across the stream’s glassy gape damps the smoke
trees’ plea for breezy reprieve in shadow—
red buds purpling with their own blooms’ weight lie
flattened to their boughs, assuaged to listen

for a far-off storm’s faint peals. You listen
for a reason to turn from your cold, stone
descent—do the unearthed cedar roots lie
about the travails of erosion? Press
them for answers, you’ll get back the shadow
of your own doubts cleaved in moss thick as smoke.

Is silence its own story, or a smoke
screen for more forbidding fables? Listen
to the garter snake slip into shadow—
when its shift through the weeds turns up a stone
that no one sees, does it make a sound? Press
your palm against a garbled trunk & lie

about the story your closed eyes see; lie
supine like tinder on a pyre until smoke
wafts from the ashes you become; or press
past the bank’s last thorny thicket & listen
for bitterns to make their water-gulped-stone
intentions known, as if your looming shadow

could spur their ardor. What is that shadow,
if not the sun’s scorn for your darkest lie?
No river embodies hope for the stone
waiting on Sisyphus to outrun smoke.
Hope is a myth the robins tell their hatchlings: Listen
at your own peril—for when the flames press

in, bearing tidings of shadow & smoke,
the first lie you listen to will make you
their stone shrine to the robins’ skyward press… 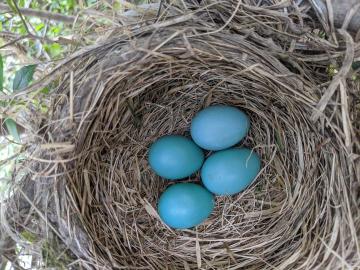 “Understory” was published in Issue 13 (Fall 2019) of Panoply. Thank you to editors Jeff Santosuosso, Ryn Holmes, and Andrea Walker for selecting this piece. 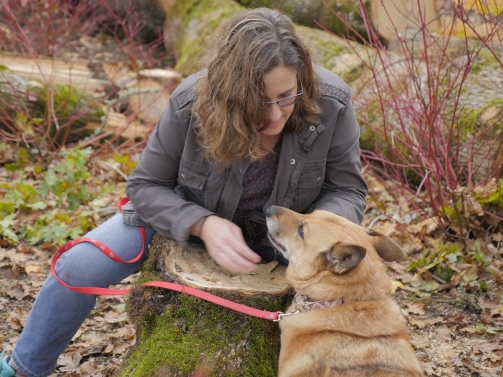 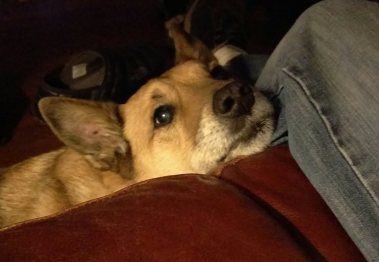