I’m pleased to share that my poem “I Unstop Myself”is now live at Monstering Magazine. Thank you to editor Kristen Tollan for selecting my little tribute to Walt Whitman’s Song of Myself for publication alongside so many other inspiring women/women identifying voices. 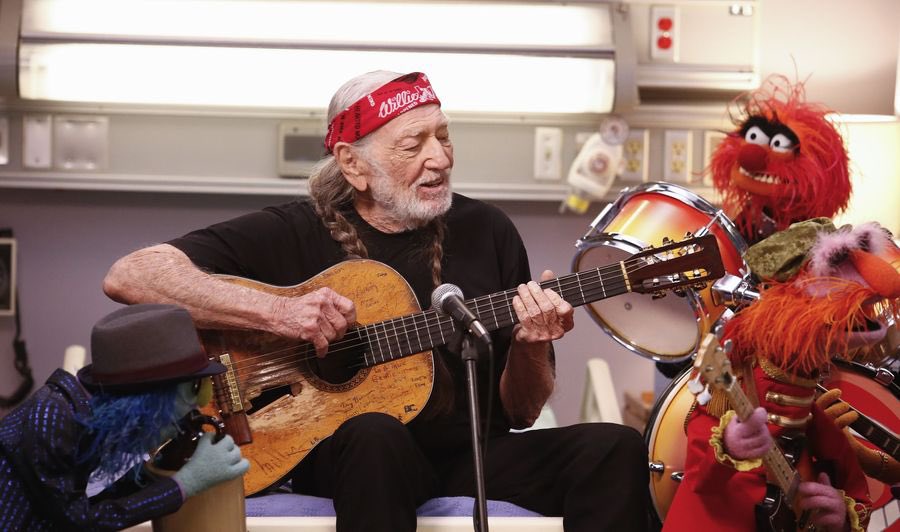 Posted in honor of his 88th birthday!

Another death hoax? Gee, how original…
You folks ain’t fickle—guess I’ll give ya points
fer grit if not fer gumption. I’ve rolled joints
my friends, far stiffer than my tricky ankle,
imbibed red wine that’s older than yer gran’;
this here bandana holds more DNA
than most small countries on a holiday,
so keep your Internet! Just leave the bedpan
close, gas up the bus, & brace for twenty
more long years—well, give or take a decade.
The road’s a callin’, songs are in my head,
& my ol’ guitar plays as good as any;
there’s plenty weed to smoke & hair to braid:
So’s far as I can tell, I’m still not dead.

My poem “Awakening” is now live in issue 17 of the fabulous online journal, Panoply! I’m immensely grateful to editors Jeff Santosuosso, Andrea Walker, and Ryn Holmes for selecting this piece, and for their passion and impeccable professionalism as promoters of poetry and Poet-kind!

Within these riparian depths, you press
through the ditch weed & grasses that shadow
the river in greens, trying to listen
for rustles of life where dead branches lie
gathered in bands along the banks like smoke
from summer’s fire that stripped the hills to stone.


This windless spring day voices strange like stone
breathes; its bufflehead-queer, top-heavy press
across the stream’s glassy gape damps the smoke
trees’ plea for breezy reprieve in shadow—
red buds purpling with their own blooms’ weight lie
flattened to their boughs, assuaged to listen


for a far-off storm’s faint peals. You listen
for a reason to turn from your cold, stone
descent—do the unearthed cedar roots lie
about the travails of erosion? Press
them for answers, you’ll get back the shadow
of your own doubts cleaved in moss thick as smoke.

Is silence its own story, or a smoke
screen for more forbidding fables? Listen
to the garter snake slip into shadow—
when its shift through the weeds turns up a stone
that no one sees, does it make a sound? Press
your palm against a garbled trunk & lie

about the story your closed eyes see; lie
supine like tinder on a pyre until smoke
wafts from the ashes you become; or press
past the bank’s last thorny thicket & listen
for bitterns to make their water-gulped-stone
intentions known, as if your looming shadow

could spur their ardor. What is that shadow,
if not the sun’s scorn for your darkest lie?
No river embodies hope for the stone
waiting on Sisyphus to outrun smoke.
Hope is a myth the robins tell their hatchlings: Listen
at your own peril—for when the flames press

in, bearing tidings of shadow & smoke,
the first lie you listen to will make you
their stone shrine to the robins’ skyward press…

“Understory” was published in Issue 13 (Fall 2019) of Panoply. Thank you to editors Jeff Santosuosso, Ryn Holmes, and Andrea Walker for selecting this piece.

What you’ve got is only a touch of neurosis,
so don’t get your knickers all bunched in a twist—
such worries will give you a deep vein thrombosis!

Do you think there’s a prize for a self-diagnosis?
Stop looking for lesions; don’t palpate that cyst!
What you’re dealing with here’s just a bit of neurosis…

That smart phone is gonna cause spinal stenosis!
The search engine’s warning that if you persist,
you’ll likely wind up with a deep vein thrombosis!

You’d have known it by now if you had halitosis—
like a boil, it’s something not easily missed.
Better face it, you’ve got a small case of neurosis…

Now, what would possess you to google psychosis?
Let me guess… The voices submitted a list?
Are they helping you summon a deep vein thrombosis?

It’s not a news flash you’ve got some type of -osis—
but the poking of badgers is what gets them pissed…
So give it a rest! Embrace your neurosis!
Who needs all the fuss of a deep vein thrombosis?

(Just to be on the safe side, look up
pneumonoultramicroscopicsilicovolcanoconiosis…)

Instrumental: Disquiet by Kevin MacLeod
Link: https://incompetech.filmmusic.io/song/3659-disquiet
License: http://creativecommons.org/licenses/by/4.0/
“Hypochondria Blues” was published in peaceCENTERbooks’ 2018 anthology THE LARGER GEOMETRY. Thank you to editor d. ellis phelps for including this piece in such an inspiring collection!
Author note:
This is one of those rare poems that was in no way whatsoever informed by my real-life experience… 😉

In your morning pouring of coffee,
eggs whisked, peppers diced,
& pancetta browning; in the unsolidified
splatters you cleanse from the countertop;

in Pandora’s box of Edgar Meyer phenotypes
unseating the disquietude of our former lives;
in afternoon cappuccinos you pronounce in Italian
& in your full belly’s tranquil cogitations;

in your evening removal of socks & your feet’s relief;
in your crescent smile’s light sheltering me,
& with my kisses pressing away the decades of iniquities

to trace their thoroughfare to my universe of courage
secured within the dimple of your left cheek—
is everywhere my home will be.

My poem “Turkey Vulture” is live in Eclectica Magazine’s January/February 2020 issue as part of the journal’s recurring Word Poem Challenge feature. I’d like to thank poetry editor Evan Martin Richards for selecting this piece, and express my appreciation for Eclectica Magazine, in general, for being one of the longest-running online journals out there, and doing such great work to promote literature and literary kind!

My poem “Though it is Written” is live at The Winnow Magazine! I greatly appreciate the care that The Winnow editing team took to pair my piece (scroll to page 20…) with such beautiful photography.