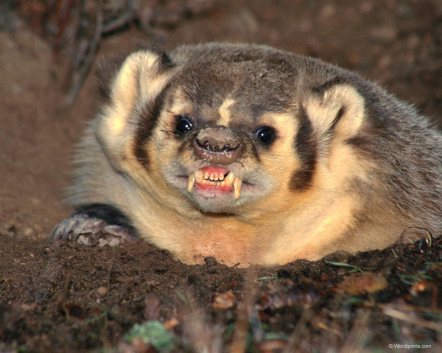 With gratitude to Crow at Words and Feathers for choosing the words, badger, thrombosis, and erectile…

What you’ve got is only a touch of neurosis,
so don’t get your knickers all bunched in a twist—
your worries will give you a deep vein thrombosis!

Do you think there’s a prize for a self-diagnosis? (…)

‘if i decided to stop being a poet
what would i do instead?’     i asked
(my husband) the other night

I scratched the first draft of this baby out on the back of a flyer I’d grabbed at random in a cafe, where I was killing time before I needed to pick up my kids from their respective classes (this was just about a week ago). Anyway, you may or may not find it interesting that I later discovered I’d been writing on an advertisement for an employment agency, with the caption, “Looking for a job that makes a difference?”

How’s that for irony?

Gasoline is what it most resembles–
That high-octane concoction for your cleaning
Relies upon the basic fundamentals
Applied to pipes and valves in need of preening.
Like carburetors sputtering to life,
Upon consuming lubricants and fire,
Intestines active with vocations rife
Explode in songs of torrents they inspire!
Though chrome might shine when doused in caustic juices,
And pistons made of steel defy combustion,
Membranes of flesh are known for gentler uses,
Refined for tasks related to digestion!
I dutifully swallowed Satan’s nectar
And rode shit creek without a surge protector!