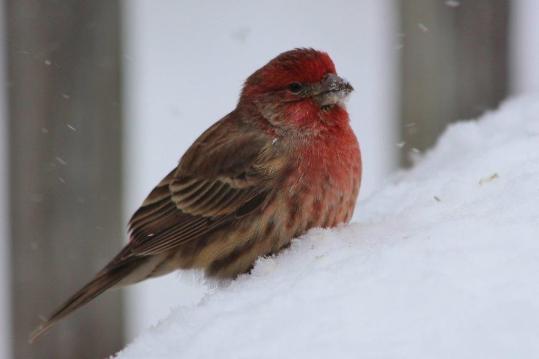 As for whether the red-crowned
retina specialist who conducted my examination
was young &/or fetching     the prospect was relatively murky
(the simultaneity of his brisk entrance with the climax
of my dilation expertly flourished by his robust clasping of my
hand     had inspired my conjecture that he might’ve been both)
& you’d better believe all bets were off the very moment
the white-cloaked     smeary hulk of him ambushed my defenseless
retinas with an impossibly aggressive radiant device
thus affording me the pivotal elucidation:
that a). the anomaly on my fundus autofluourescence images
is simply an unremarkable patch of variegated pigmentation
b). it was only natural to expect that the definition
of such a lexical wonder as variegated would elude the layperson
& c). I am indeed obliged by gratuitous pigeonholing
to take categorical offense

Not that I’m usually so bold
as to co-opt medical jargon     but I’m pretty certain
variegated is the only word that could aptly
account for what’s right now comprising
the better part of my visual experience
as embodied by this polka-dotty
aberration     also known as a scone
I resorted to purchasing in the hospital café
thus affording myself the pivotal illusion:
that a). I’m quite absorbed in an earnest task
while waiting here in the lobby for my ride
b). I wouldn’t otherwise be averting
my freakish     black gaze from passersby
& c). I’m the kind of person
who always smiles at everyone     as if to say
I accept you for who you are no matter what…

It may not surprise you to learn that I wrote this poem in January 2017, while brooding over a certain sociopolitical debacle. This is its first exposure to the light of day…